Force Fins are designed to use this more efficient kick style with its lower energy cost. Notice how streamlined this diver is. Her kick is no wider than the profile of her tank on her back and her buoyancy compensator in front.

THE RIGHT WAY TO KICK

Since the kick is all that divers have to propel themselves, it’s important to do it correctly. Many people believe that divers should use a flutter kick that is deep or wide and slow and pushes water backward. But scientists studying animal locomotion along with swimming theoreticians discovered more than three decades ago that this simplistic “drag-dominated” propulsion theory (the movement of a canoe paddle is an example) does not tell the whole story of how boats, people and most animals move through the water.

Based on a more sophisticated understanding of fluid dynamics and bio-mechanics, we now know that other hydrodynamic forces such as “lift” propulsion are just as important and in many instances, more important in propelling you efficiently when kicking.

Take a look at how animals do it. Contrasted with the inefficient pushing-backward paddling of ducks, energy efficient fish beat their tails side to side (or up and down in the case of marine mammals like dolphin) in a flapping motion, using a complex mix of lift and drag forces to overcome the resistance of the water and move forward.

The best way for humans to perform a flapping-style kick is not with a deep and slow kick, but with a shallow and quick motion that’s more streamlined, more energy efficient, and that consumes less air. Of course, some types of fins are better suited for this kind of kicking than others.

Force Fins are designed to use this more efficient kick style with its lower energy cost. Our fin generates maximum thrust from minimal vertical movement because of its superb channeling ability, and the rate or frequency of the kick is easily increased because of the recoil and snap of the blade that speeds up the fin’s recovery. The snap of the blade feeds energy back to your muscles, increasing your efficiency and bottom time while propelling you forward. 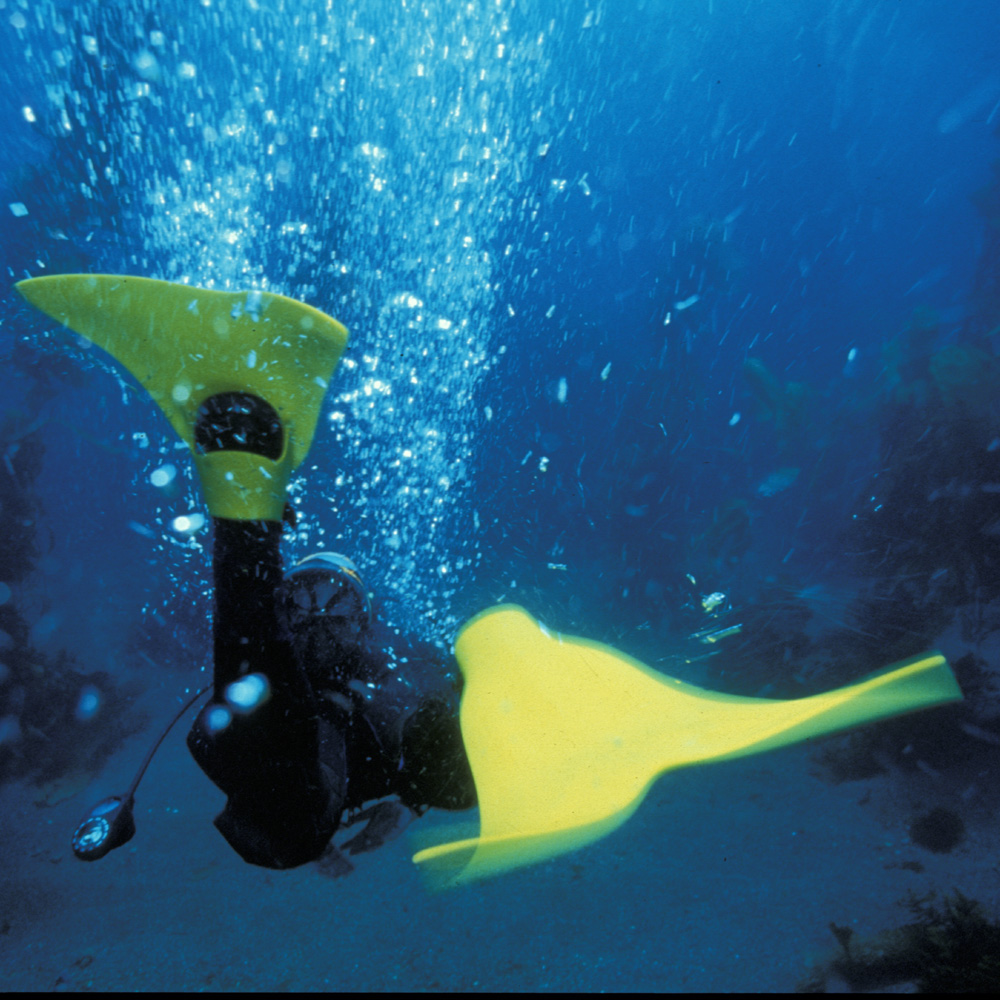